Size of New Homes Continues to Edge Up 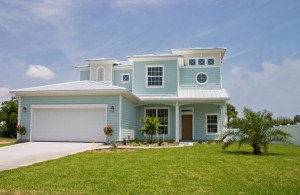 According to recently released data from the Survey of Construction (SOC), the trend toward smaller home sizes, which started during the market downturn, has since reversed itself. In fact, since 2009, the median size of newly started single-family homes has increased steadily to a record high of over 2,300 square feet last year.

The SOC is conducted by the Census Bureau, partly funded by HUD, and the source of the familiar monthly series on housing starts. House size is one of several characteristics in the SOC data that NAHB analyzed in a recentHousingEconomics.com Special Study.

In addition to square footage, several other new home characteristics show an upward trend after 2009. The average number of bathrooms in new, single-family homes rose to a new high of 2.56 in 2012 following a period in which it edged down to as low as 2.20 in 2009.  The average number of bedrooms in newly started homes also declined during the downturn, but has since very gradually increased.

The pattern of temporary decline in house size during a downturn followed by recovery and resumption of the upward trend has happened before—the last time coincident with the recession and recovery of the early 1980s. Many experts thought that the decline in the 2000s was due to factors that would prove to be more permanent, such as desire to keep energy costs down.

When the size of new homes began to rise again in 2010, tight credit conditions were squeezing many first time and other marginal buyers out of the market. As of 2012, housing markets had only recovered to a modest extent, so an atypical mix of buyers in the market could still be a factor behind the ongoing upward trend in the size of new homes.

View this original post on the NAHB blog, Eye on Housing.