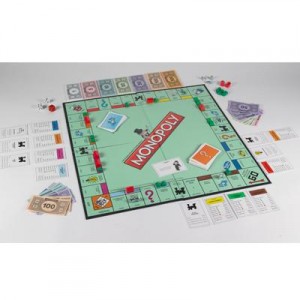 Whether you’re a fan of board games or not, most of us don’t have to think twice when it comes to determining what an iron, racecar, thimble, shoe, top hat, battleship, Scottie dog and wheelbarrow have in common. While these eight iconic tokens have been around since the beginning, the Monopoly board game as we know it is about to undergo a radical change.

To keep up with the interests of today’s Monopoly players, Hasbro has decided to replace one iconic token, providing fans with a once-in-a-lifetime opportunity to determine which token’s play time has come to an end. In a vote taking place via Facebook (Facebook.com/Monopoly), the token that receives the least amount of votes will ultimately be replaced with a diamond ring, guitar, a toy robot, cat or helicopter.

If you’re not ready to part ways with your favorite game piece just yet, turn to Facebook and Twitter to start a campaign and make sure your voice is heard. Don’t forget to use the hashtag #tokenvote.

Be sure to keep an eye out for the new version of Monopoly, set to hit shelves later this year.