Naples does it again, ranks as No. 1 spot to retire in the country 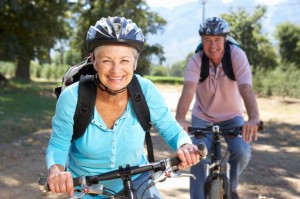 Heads up millennials and other future retirees.

Naples has been named as the “best place to retire” — again.

After recently ranking No. 1 on a list of ‘best cities for early retirement’ in the United States, Naples has once again clinched the title of the best place to retire in Florida — and the country.

The newest ranking comes from SmartAsset, a New York financial technology firm. The study is based on three factors: tax-friendliness, medical care and social life.

Naples earned the top ranking for 2018 when SmartAsset did the same type of study.

“We have ranked the best places to retire in Florida for five years,” said Alyssa Annunziato, a spokeswoman for SmartAsset, in an email.”Naples has been ranked in the top 10 every year, as well as being ranked No. 1 nationally for the past three years.”

To determine the rankings, SmartAsset looks at state and local tax rates and calculates the number of doctors’ offices, recreation centers and retirement centers for every 1,000 residents, as well as determines the amount of seniors already living in each area included in its study.

Naples ranked high in all areas of the study, earning a score of 100 on SmartAsset’s retirement index.

New Port Richey took second place for the best place to retire in Florida, with a score of 64.13.

These are the other cities rankings in the top five for the state, along with their scores:

Fort Myers ranked 37 out of 208 cities statewide and stood at No. 141 nationally.