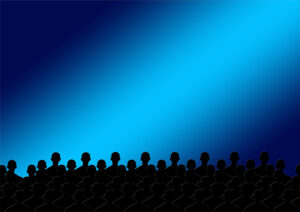 “This is a beautiful project and obviously we are all thrilled and looking forward to it being very successful,” Councilwoman Ellen Seigel said.

In addition to the six-screen theater, the proposed project also includes a new facade and entrance plaza at the west end of the mall, which would sit next to the theater. Other planned improvements include adding more restaurants and a bank, along with all new landscaping.

The reduction in square footage will result in an increase of 354 parking spaces, according to Greg Wilfong of Kimley-Horn and Associates, the project’s planning and design engineering firm.

But council members still had some concerns.

“So your statement that there’s sufficient parking is really based on the PD and not the normal parking that would be required.”

Like he told the planning board last month, Wilfong said the theater is relatively small, which will help mitigate any parking issues. He also said the theater’s staggered movie screening times will prevent any mass influxes.

“It’s a smaller theater, it’s a lot nicer, it’s not your big AMC where you have 20 (screens). This is a much smaller scale theater,” he said Wednesday. “And not all of the theaters will be getting out at the same time, so you’re not going to have 500 people leaving at once. We just don’t believe (parking) is going to be a concern based on our history and expertise on this.”

Vice Mayor Gary Price also noted that the theater will likely be busier at different hours than the rest of the mall, or even the other businesses proposed as part of the project, and that should also help alleviate parking issues.

“I would think the majority of people would go (to the movies) later in the evening … between 6 and 10 p.m. when I don’t know that the mall traffic is that great,” Price said.

The developer is not requesting any variances or deviations from the city’s code; however, city law requires any changes to a planned development, like Coastland Center, to be approved by the planning board and Naples City Council, said Donald Pickworth, the developer’s attorney.

The planning board unanimously approved the project on April 10 with the condition that the restaurants, which have not been finalized yet, not have drive-thru windows.

However, some council members disagreed with that stipulation.

“I think that really ties our hands,” Councilwoman Michelle McLeod said. “I think that when you put a condition like that it deprives future councils from vetting a request in the future.”

Council unanimously approved the project without the ban on drive-thru windows. Council is expected to take a final vote on the project at its May 18 meeting.

Demolition is set to begin by the end of this month with a tentative opening of late 2020.

Read this post in its entirety see artists renderings, and learn more about CMX Cinemas on https://www.naplesnews.com/story/news/local/2019/05/01/naples-council-approves-luxury-movie-theater-coastland-center/3641886002/