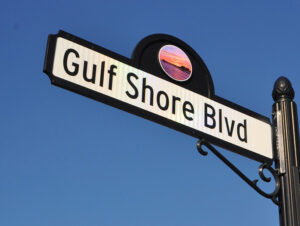 Plans call for the storied hotel to be torn down and rebuilt as a smaller, world-class resort — and for luxury residential towers to be added on both sides of Gulf Shore Boulevard.

The Naples City Council gave final approval Wednesday to a proposal to redevelop the historic Naples Beach Hotel & Golf Club despite continuing concerns about future uses of the golf course.

The Athens Group plans to tear down the beach hotel and build a smaller resort and add residential condos. Council initially approved the project April 17.

Wednesday’s approval allows the underlying land use changes that will enable the project to move forward into site planning. The Athens Group will come before the planning board and City Council for site plan approval later this year.

Since the developer first announced its plans in November, the proposal has run into opposition over its height and proximity to the road and other buildings.

Members of the community have also repeatedly expressed a desire to preserve the hotel’s golf course as green space in perpetuity, which John Passidomo, the Naples attorney representing the developers, said The Athens Group has agreed to do.

“I still have questions that aren’t answered,” Keith Kipp, who lives near the hotel’s golf course, said at Wednesday’s meeting. “My concern is the rush. I know they’re going to build a fantastic property … but I don’t know about the future. Who’s going to own the golf course in the future if The Athens Group wants to sell it? You don’t know.”

City Manager Charles Chapman said council would have to approve any changes to the golf course.

“If they were to shut down the golf course and leave the sand traps, the greens, the platforms, nothing is modified … then they don’t have to come back (because) it’s still in compliance with what they said they were going to do today,” Chapman said.

“But if they want to make amendments, they want to move things around, they want to change the landscape a little bit, then we would need to have a site plan review process that comes back before you.”

However, some council members didn’t think that’s enough, especially if future owners of the property decide to build tennis or pickleball courts, which are listed as permitted uses under the current agreement.

“That’s not enough of a buffer if you’re going to have potentially very active, maybe louder than some of the other uses that would be permitted,” said Vice Mayor Gary Price.

Passidomo said council ultimately has control over the location of any sport courts, and the developer has no plans to place them next to residences.

“You will in fact approve where any sports courts are located as part of the site plan approval process,” he said. “(There’s also) the practicality of putting sport courts in a place that’s antagonistic to our own interests. We have a self-interest to not do that and an experienced developer who won’t do that.”

Residents have also frequently expressed concerns about the height of the condo buildings. The plans call for the buildings to be four stories to seven stories high, although the bottom of the first floors would start 18 or 19 feet above the ground, as required by the Federal Emergency Management Agency for flood protection.

They would be 11½ feet higher than permitted by the city’s code to give each condo unit a floor-to-ceiling height of 12 feet, said a representative of the developer.

Passidomo has pointed out at previous meetings that under the city’s current code the developer could build 12 seven-story buildings and 157 homes on the golf course. He argues that, given that and the other concessions the developer has made, an additional 11½ feet is a reasonable request.

According to the redevelopment proposal, the hotel’s meeting space will be cut in half but updated. HB’s on the Gulf, the hotel’s signature restaurant, and the Sunset Beach Bar & Grill will be renovated and will reopen to the public, continuing the hotel’s longstanding community connections, said Kim Richards, CEO of The Athens Group.

The Watkins family, which has owned the hotel for decades, plans to continue operating the hotel and golf club through the 2020-21 tourist season. After that, ownership would transition to The Athens Group, which would redevelop the property in phases.

Richards said construction could begin in 2021, and the new facilities could open by Thanksgiving 2023.

Read this article and see photos at its source: https://www.naplesnews.com/story/news/local/2019/05/01/naples-council-gives-naples-beach-hotel-redevelopment-final-approval/3639229002/