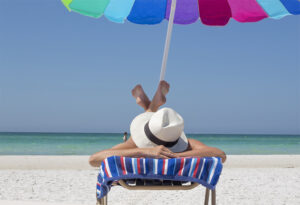 Naples-area residents’ sense of well-being ranked the highest for the fourth year in a row, according to the latest Gallup National Health Index.

The No. 1 ranking for the Naples-Immokalee-Marco Island area among 156 communities in the U.S. represents the first time in 11 years that the same area has held the top spot four times in a row, according to Gallup.

The Gallup well-being score is calculated on a scale from 0 to 100 with 100 as the highest score. The survey focuses on five elements: career, social well-being, financial well-being, community, and physical health.

“I think I am thrilled,” said Naples Mayor Bill Barnett.

He attributes Naples’ standing to the Blue Zones Project of Southwest Florida, a healthy lifestyle improvement initiative launched in 2012 by the NCH Healthcare System and then-president and chief executive officer, Dr. Allen Weiss.

Barnett said the city of Naples was on board with the Blue Zones Project early on to help residents make healthier decisions for lifestyle changes and to improve longevity.

The Blue Zones was developed by National Geographic explorer Dan Buettner who identified communities worldwide where people share lifestyle traits and live to 100 or older. He wrote a New York Times bestseller about the nine principles of longevity.