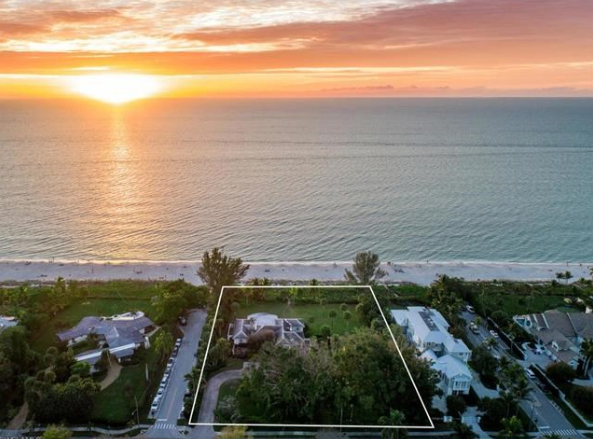 Published by davidflorida on May 3, 2019 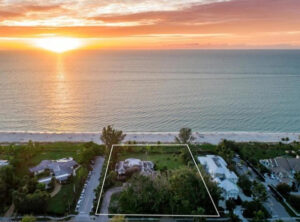 Built in 1948, the salmon-colored home with teal shutters sits on nearly 2 acres overlooking the Gulf of Mexico with 240-feet of beach frontage.

“For a $25 million dollar lot that’s not the kind of home you would want to live in,” said Kathy Morris, a real estate agent with Downing Frye Realty who found the buyer.

Previously the 4,261-square-foot home was owned by Harvey and Anne Shreve, who have died in recent years. The identity of the new owners has not been disclosed.

According to the Collier appraiser website the home is owned by Gulf Shore Land LLC.

Morris, who has been selling real estate in Naples for 20 years, said she couldn’t say what plans the new owner has for the property, but she hinted the home is not in any livable condition.

“It’s not like a fixer-upper,” she said. “You can pretty much guess what they’ll do, no one can live in that home in that condition.”

Recently a trend of multimillion-dollar homes being torn down to build new contemporary homes has popped up in the Old Naples and Port Royal neighborhoods and has many locals scratching their heads.

“Compared to some of the others that have been torn down recently, this one isn’t anywhere near in the category that those were,” Morris said. “The other ones are kind of hard for me to understand why they were torn down … those homes were maybe 20 years old.”

The priciest home to ever sell in Collier was torn down five months after the new owners purchased the mega-mansion at 2500 Gordon Drive for $48.8 million last June.

Just two houses down a 6,209-square-foot, Southern-Colonial mansion built in 1986 sat on 2.53 acres. That home sold in January for $22.5 million and was demolished two months later.

“People have their own personal tastes and preferences and don’t want to live with decorating decisions that others made I guess,” Morris said.

To read this article in its entirety and to view photos and related articles go to https://www.naplesnews.com/story/money/real-estate/2019/04/28/quaint-beach-home-old-naples-fetches-25-5-million/3561978002/