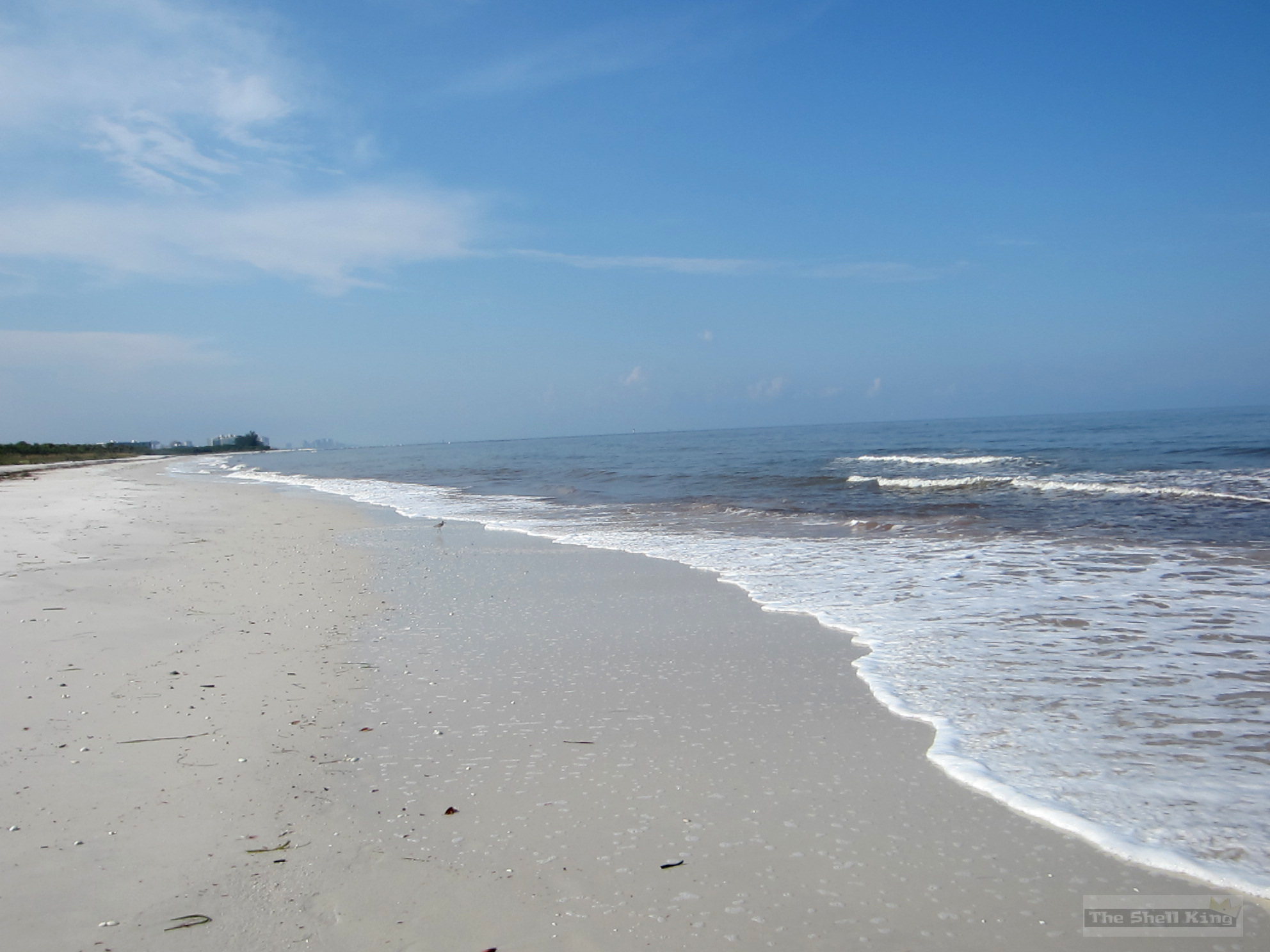 The 2010s: A look back at the biggest stories in Collier, Lee counties

Published by davidflorida on December 31, 2019 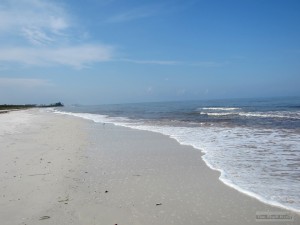 There wasn’t a lot to celebrate in Southwest Florida when the clock struck midnight on Jan. 1, 2010.

Nearly 60,000 people in the two counties were out of work.

What a difference 10 years makes.

Heading into the 2020s, the economy is red hot again. The unemployment rate in Collier and Lee counties is under 3%, a mark so low that some experts say its unsustainable.

Over the last 10 years, the Collier and Lee population has swelled by nearly 200,000 people. More than 1.1 million people now call the area home.

Southwest Florida’s economic turnaround has been one of the biggest stories in a decade full of them.

Many still recovering from the recession 10 years later

As we leave the 2010s and prepare for another go-round with the Roaring Twenties, The News-Press and the Naples Daily News wanted to take a look back at some of the most important local stories of the last 10 years.

Naples businessman Rick Scott elected governor
Bill McCollum, Florida’s attorney general, appeared to be next in line to be the Republican nominee for governor in 2010 after then-Gov. Charlie Crist announced he wouldn’t seek re-election and would instead make a U.S. Senate run.

But everything changed when Naples businessman Rick Scott jumped in the race.

Scott, a former hospital executive and political novice, vowed to create jobs at a time when the state’s economy was in the tank and unemployment was rising.

Riding an anti-incumbent wave and blanketing the TV airwaves with an estimated $30 million in ads, Scott swooped in and won the Republican nomination.

Scott narrowly defeated Democrat Alex Sink in the general election, despite questions about his role in a Medicare fraud scandal at his former hospital company, Columbia/HCA. He squeaked out a re-election victory in 2014 against none other than Crist, who had switched parties and is now a Democrat.

A year later, he was busted buying cocaine from an undercover officer in Washington,  D.C. and pleaded guilty in court. He went to rehab, resigned in January 2014 and is back on the radio.

Lee’s long lines on Election Day 2012
As the polls closed on Election Day in 2012, lines of people waiting to cast a ballot were still winding out the doors of several Lee County voting locations, with some in line up to six hours.

Then-Lee County Supervisor of Elections Sharon Harrington gave a tearful apology during a news conference the next day, saying her staff didn’t anticipate the large turnout or equipment problems.

She was sentenced to six months in prison and three years of probation.

Hertz relocates to Estero
At first it was known only as “Project A,” a plan to lure an unnamed Fortune 500 company to Lee County with a $19 million incentive package.

In May 2013, it was unveiled: Hertz, the rental car giant, was relocating its corporate headquarters from New Jersey. Commissioner Frank Mann called the announcement “the most significant economic event in Lee County history.”

Hertz built its new headquarters in Estero, and brought hundreds of jobs to the region.

In 2011, the international medical device manufacturer unveiled plans to build a manufacturing and biomedical plant near Ave Maria and a logistics center in Lee County. Five years later, Arthrex announced a massive expansion of its North Naples headquarters, which will include ultra-modern office space, a university-style campus, as well as a hotel and a wellness center.

Weiss out at NCH
Longtime NCH Health System CEO Allen Weiss stepped down in 2019 after a vote of “no confidence” by the system’s physicians.

Weiss was proposing a pilot program that would have limited the ability of non-hospital staff to admit and treat patients.

Hurricane Irma hits Florida
Somehow, for more than a decade, Southwest Florida was spared a direct hit by a hurricane.

But our luck ran out on Sept. 10, 2017, when Hurricane Irma made landfall near Marco Island as a Category 3 storm after first ravaging the Florida Keys.

Thousands of people fled before the storm hit, clogging the interstate. A record number of evacuees packed into shelters as the hurricane approached.

The lingering red tide killed hundreds of sea turtles, dozens of manatees and even a whale shark. It left a stench of dead fish in the air, shut down beaches and harmed the local tourism industry.

Hughes oil company stops drilling
Activists celebrated in July 2014 when the Dan A. Hughes oil company abandoned plans to drill in Southwest Florida and when the Florida Department of Environmental Protection revoked the company’s permits.

For months, environmental groups fought to stop the Texas-based company from drilling near the Everglades.

Wildfires tear through rural Collier
Two large wildfires tore through Collier County in 2017, burning down the homes of at least eight families.

The 7,200-acre Lee Williams fire erupted in early March near the Interstate 75 and Collier Boulevard exit.  A month later, the 7,000-acre 30th Avenue Fire was ignited by a lawnmower hitting a rock in Golden Gate Estates.

Five-year-old Andrew Faust Jr. was shot and killed in a drive-by on Oct. 13, 2014 while playing at home – one of seven victims shot that day in four incidents.

In 2015, a shooting at the popular Zombicon festival in downtown Fort Myers, left one man dead and five others injured. In 2016, two teens were killed and dozens injured in a shooting at Club Blu nightclub.

Two years later Fort Myers police officer Adam Jobbers-Miller was killed, shot with his own weapon while in pursuit of a suspect with a long history of severe mental illness.

Amid allegations of a toxic culture, corruption and racial discrimination, the city hired a new police chief, Derrick Diggs, to lead the Fort Myers Police Department in 2016.

Even though Damas confessed at the time of the killings, the court case was repeatedly delayed by questions about Damas’ mental health and legal challenges to the state’s death penalty law. Finally, in September 2017, Circuit Judge Christine Greider allowed Damas to plead guilty to six counts of first-degree murder.

Wright turned state’s evidence and testified against Rodgers and Mark Sievers, who were both convicted in 2019. Mark Sievers could be sentenced to death in January.

The company was supposed to make nutritional drinks at a plant that never opened.

Robert Gow committed suicide shortly after sentencing. Kay Gow could spend most of the 2020s behind bars after she was sentenced to 10 years in federal prison.

FGCU basketball advances to Sweet 16
The Florida Gulf Coast University men’s basketball team made history in 2013 with the players’ soaring dunks propelling the Eagles to the Sweet 16 in the NCAA tournament.

FGCU – dubbed “Dunk City” by fans and players – became the first No. 15 seed to reach the Sweet 16 round, captivating Southwest Floridians and basketball fans nationwide.

The Eagles started off the tournament by downing No. 2 seed Georgetown, and then knocked off No. 7 seed San Diego State before losing to No. 3 seed Florida.

The FGCU men’s team returned to the NCAA tournament again in 2016 and 2017, but hasn’t again advanced out of the first round.

‘The Phil’ changes name to Artis—Naples
In April 2013, Collier County’s Philharmonic Center for the Arts – or simply “the Phil” – was no more. The arts center would from now on be called Artis—Naples, the center’s leadership announced.

The rebrand was supposed to better reflect the center’s commitment to a wide variety of arts. But the name change didn’t go over well and the backlash was intense.

A group calling itself “Save the Phil” organized to lead the opposition, circulating a petition to restore the original name. Eventually the naysayers backed down and Artis—Naples remains.