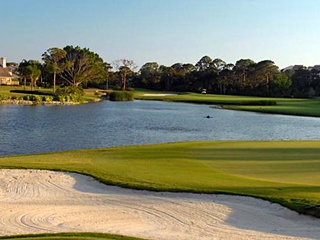 One of the last two remaining developable land parcels in Pelican Bay has been sold for $80 million in cash, and will become a 22-story luxury high-rise called Mystique.

It will sit on four acres with unobstructed Gulf views on Grenadier Boulevard.

Aubrey Ferrao, founder of Naples based Gulf Bay Group of Companies, formed a joint venture with KKR, a New York based private equity group, to develop the 87-unit tower.

“It will be very upscale, ultra luxury, with very large units” Ferrao said. “There will be no competition for us.” Pricing has yet to be determined, but Ferrao said he expects many buyers will come from “vintage” high rises in Naples who want to move up to something newer, or from large homes in Port Royal looking to downsize.

Amenities will include a health club with on-call masseuses, guest suites, a billiard room, a hunt room, a bridge room and a parlor. There will be a pool on the ground floor, and also penthouse pools.

“But the greatest amenity is that you will be able to walk to the beach,” Ferrao said.

He expects to start selling units at the end of the year. He’ll break ground when pre-sales are complete, which he anticipates will be in mid-2016.

The Mystique site is part of about a mile-and-a-half of beachfront land Ferrao bought in 1986 from Westinghouse, the original developer of Pelican Bay.

Gulf Bay Group has developed 14 projects in Pelican Bay. The company also has developed other notable properties, including the Fiddler’s Creek master- planned community, The Brittany high rise in Park Shore, and the Marco Beach Ocean Resort on Marco Island.

The company says the value of its completed and built-out residential properties exceeds $5 billion KKR has more than $99 billion in assets. The firm is making the investment primarily from its real estate fund, Real Estate Partners Americas.

“Aubrey Ferrao and the Gulf Bay Group Companies have developed high rise condominium towers along the Gulf of Mexico in Naples for 30 years and know the luxury market in Naples like few other developers,” said Roger Morales, co-head of KKR Real Estate Acquisitions in the Americas said in a statement. “We are very selective of our investments and our partners and we are pleased to partner with Mr. Ferrao on this exciting opportunity.”