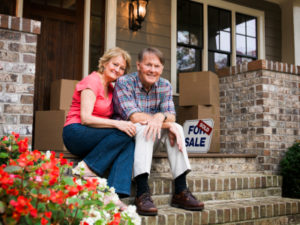 Naples on list of Great Places to Retire by Kiplinger Magazine

Naples has made another A-list for retirees.

The city is one of a dozen Kiplinger named as “Great Places to Retire for Your Good Health.”

The list is based on data provided by Trulia, the online real estate marketplace, which Kiplinger, a business magazine, used to identify neighborhoods with quiet streets, trails, parks, golf courses and other amenities — as well as easy access to hospitals and pharmacies.

Naples appears first on the list, which is grouped by size.

Contributing to the city’s high marks are these other top rankings:

■ The Naples-Marco Island metropolitan area ranked No. 1 in the 2014-15 Gallup-Healthways Well-Being Index, based on residents’ views about health, financial security, community and sense of purpose.

■ Naples earned a top grade from the American Lung Association for air quality. Naples was a small fishing village when Bill Barnett, who is serving his fourth term as mayor, moved to the city in 1973. Back then Naples had a grocery store, two restaurants and a pharmacy, and “locals rejoiced when an Italian restaurant opened,” the writer states.

Now the city has two streets, Fifth Avenue South and Third Street South, lined with a dizzying number of galleries, boutiques, cafes and specialty stores. “The growth has been fueled by a torrent of retirees attracted by miles of beaches, gracious homes and giant banyan trees. But you don’t have to be retired to like living here,” the writer states.

Kiplinger shares that in Old Naples, residents can easily walk or bike to grocery stores, restaurants, a golf course and even the hospital.

“Sport fishing and kayaking are also popular, and there are nearly 90 golf courses in the greater Naples area,” the article states.

A retired newspaper executive and a former chairman of the Community Foundation of Collier County, tells Kiplinger that the local community supports more than 700 nonprofit organizations.

Kiplinger mentions the Naples Winter Wine Festival, which is sponsored by the Naples Children & Education Foundation and annually raises millions for children’s charities in Collier County. The festival has raised more than $146 million since it was founded in 2001.

Additionally, Kiplinger points to the many specialized health care services offered by NCH at its downtown Naples and North Naples hospitals and by Physicians Regional Healthcare, with two hospitals in Collier County.

The writer concludes that “residents pay a premium to live the good life, particularly in Old Naples.” Most of the cities on the list have lower crime and tax rates. Florida is considered one of the most tax-friendly states for retirees.