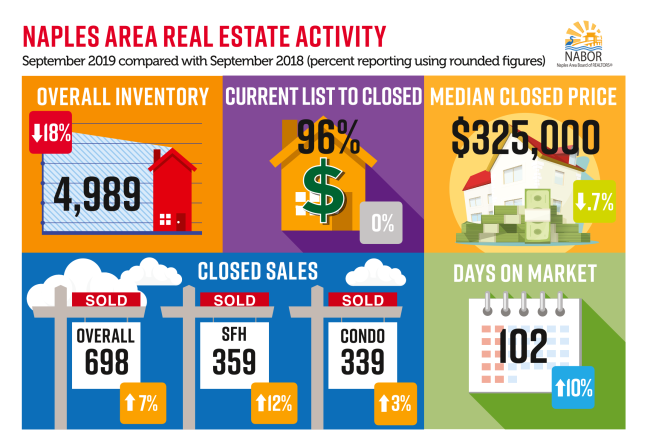 Published by davidflorida on October 25, 2019

Naples, Fla. (October 25, 2019) – The Naples area housing market enjoyed another 7 percent increase in overall closed home sales for the third month in a row. This trend leads a Broker to suggest that the consistent uptick in summer home sales illustrates that Collier County is becoming less seasonal.

With over 500 listings pulled from the MLS in September, it is no surprise that overall inventory for the month fell. However, even though it decreased 17.8 percent to 4,989 homes compared to 6,070 homes in September 2018, inventory for September was higher than August by 72 homes. 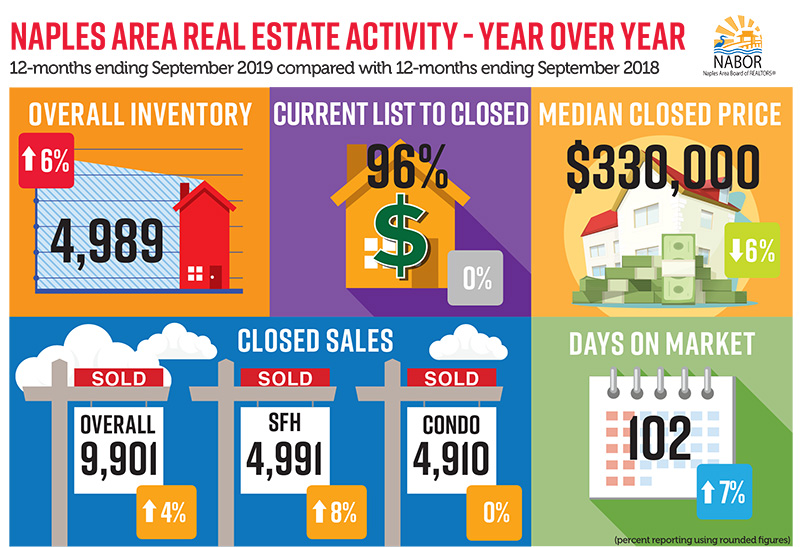 As noted by brokers reviewing the housing data, September had a 6-month supply of inventory.