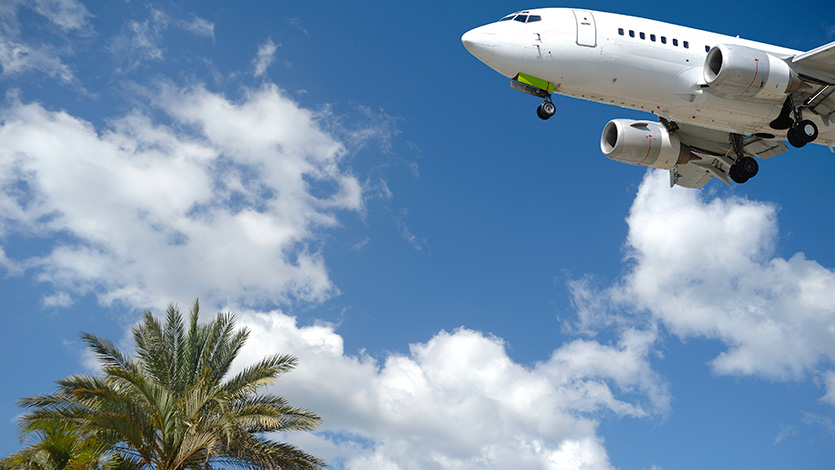 Things are looking up at Southwest Florida’s airports.

After hitting ‘rock bottom’ in April amid the coronavirus pandemic, SWFL’s airports have seen an uptick in passenger demand.

Business is looking up at Southwest Florida’s airports.

The region’s airports have taken a big blow from the coronavirus pandemic, due to travel fears and restrictions nationally — and globally, which have only begun to ease.

March brought a lot of turbulence and it got bumpier in April.

Since then the travel picture has improved, as Florida and other states across the country have begun to reopen their economies after lockdowns designed to curb the spread of the coronavirus, which causes COVID-19.

At Southwest Florida International — the region’s largest airport — passenger traffic grew more than expected in June after improving in May.

“April and May were really just pretty horrible, but toward the end of May things started turning up a little for us,” said Ben Siegel, acting executive director for the Lee County Port Authority, which owns and operates the airport, known for short as RSW.

Passenger numbers hit “rock bottom” in April, he said, falling to less than 54,000.

“Maybe we will be a little better than we thought we were going to be for the fiscal year moving into September,” he said. “But time will tell.”

Asked what’s behind the increase in passengers, Siegel had a simple answer — demand is on the rise because Southwest Florida remains such a desirable place to visit.

“We are seeing trends that are better than at a lot of airports around the country,” Siegel said. “A lot of it has to do with the fact that people do want to come to Southwest Florida. The airlines have noticed it and have brought seats back to this market sooner than in other markets. The simple factor is that they are able to sell the seats.”

The busiest air carrier at the airport in June? Southwest, which handled more than 85,000 passengers.

“Most of the airlines are not flying their aircraft at 100%,” Siegel said. “They are trying to use as much distance as they can in selling their seats.”

When the pandemic hit in March, early calculations showed passenger numbers coming in at only about 6.5 million for this fiscal year at RSW, which was “just our best guess,” Siegel said.

Based on what’s happened in June and in July so far, passenger traffic could be closer to 6.9 million for the year, which is certainly positive news, he said, but that would still be down by about 35% from last year — when it hit a record 9.9 million.

“We still have a long way to go,” Siegel said.

A few weeks ago, it looked like July would be stronger than June, but now that appears iffier due to a recent surge in COVID-19 cases in Southwest Florida — and statewide.

“It’s really hard to tell. There is definitely an impact on the state, in terms of travel and tourism. I just don’t know to what extent,” Siegel said.

While international traffic has traditionally only been a small percentage of the airport’s business, it’s non-existent now, which will also hurt this year’s final passenger numbers.

“Our international traffic came from Germany, Dusseldorf, and Canada, and there are no flights from either one right now,” Siegel said.

While RSW has been noticeably busier since April, Tamara Pigott, director of the Lee County Visitor & Convention Bureau, said in a statement she believes most visitors to Southwest Florida are “driving to the area at this time.”

In the summer, the region typically sees more vacationing families arriving by car, primarily from other parts of Florida or nearby states, with their kids who are out of school in tow, but road trips have grown in popularity during the pandemic, as travelers look to avoid airports for fear of getting sick from the coronavirus.

Pigott attributed the better-than-expected passenger numbers in June to “a combination of pent-up demand and the resumption of some necessary business travel.”

“Air travel is a critical component of visitation to Lee County. In 2019, 66% of visitors surveyed flew as part of their vacation to our area, with 72% of those arriving at RSW,” she said.

On a positive note, he said, Alaska Airlines recently announced it will soon add nonstop flights between Southwest Florida International Airport and Los Angeles and Seattle. It will be a new carrier for the airport and “welcome addition,” Wert said.

Read this article in full on https://www.naplesnews.com/