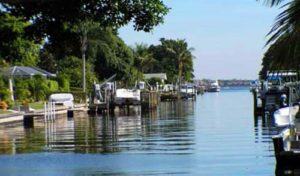 Naples No. 1 for happiness again

For 2nd year in a row, city tops list in nationwide Gallup-Healthways survey

Naples once again is tops when it comes to residents being happy and feeling good about life.

An annual Gallup-Healthways survey of 189 cities nationwide about well-being found Naples is No. 1 for its residents having the highest sense of purpose and a positive outlook, according to the findings.

It is the second year in a row that Naples is at the top of the list.

Coming in second is Barnstable Town, Massachusetts, followed by Santa Cruz-Watsonville, California, inthird. Holding the fourth spot is Honolulu, Hawaii, and fifth is Charlottesville, Virginia, according to the findings.

At the opposite end, the cities with the lowest well-being are Fort Smith, Arkansas- Oklahoma; Hickory, North Carolina; and Huntington, West Virginia. Holding the fourth lowest well-being ranking is Topeka, Kansas, and fifth is Canton, Ohio.

“It is a wonderful honor for Naples to be named the No. 1 community in the country for well-being and happiness for the second year in a row,” Barnett said.

Another Florida community made the top 10. Northport/Sarasota came in sixth.

Besides a sense of purpose, the survey looks at four more measurements: how people feel about their social and financial standing, their community and

“Naples had the highest number of residents thriving in community well-being, highest rates of healthy eating, lowest rates of daily stress, and lowest lifetime diagnoses of depression,” according to the survey findings.

Barnett said the Blue Zones Project has to be given credit for helping the community achieve the good standing.

“We are a walkable, bike-able, pedestrian-friendly city, and our citizens are focused on healthy living and learning about healthier lifestyles,” Barnett said.

Since 2015 Collier County has been pursuing a Blue Zones Project designation, sponsored by the NCH Healthcare System, where a large segment of individuals, businesses, government agencies and other organizations pledge to make enough changes in daily habits to improve their health and longevity.

The Blue Zones Project is based on the world travels of former National Geographic explorer Dan Buettner, who found there are nine common principles among people in communities around the world with the greatest longevity.

The “power nine” include moving naturally by being physically active, knowing your purpose in life, taking time to relax, having a healthy social network and putting loved ones first.

Other principles include participating in a religious community, limiting alcohol consumption, eating a plant-slant diet and stopping to eat when you are 80 percent full Dr. Allen Weiss, president and chief executive officer of NCH, who introduced the Blue Zones Project to Collier, said he is pleased for the community by the Gallup- Healthways finding.

He pointed to the community having the lowest lifetime diagnoses of depression, healthy eating habits, sixth-lowest rate of obesity in the nation, low stress levels and long life expectancy.

“We have a lot of pride in our community,” Weiss said. “We have a great educational system. We have a safe community.”

All those pluses add up to Naples being a great place to live and attractive for people looking for a place to retire, he said.

“You can’t keep the secret,” Weiss said. “If you have someone deciding between us and Arizona and you are the healthiest and happiest community, I think it is a big part of the decision.”

Weiss said the community’s support of the Blue Zones project has been a huge help for Naples staying at the top of the Gallup-Healthways well-being survey.

To date, 75 businesses and other entities have gained Blue Zones certification, which means they have taken sufficient steps to make changes in their culture to be healthier.

Weiss said another 300 groups are in the process of getting certified, and 14,000 individuals and counting have signed a Blue Zones pledge to adopt healthier practices.

The Blue Zones Project contracts with the Nashville- based Healthways to help communities earn designation as a Blue Zones community.

Deb Logan, executive director of the local Blue Zones Project, said the community cannot rest on its laurels after earning the top spot for two years if it wants to keep its stellar status.

“We want to continue building on a strong foundation,” Logan said.

People in the community benefit from a good network of social connections, whether it’s from activities through their homeowner’s associations or faith-based groups, and that’s critical for improved well-being.

The ranking bodes well for people looking for a place to retire or for a business looking to relocate, she said.

“We know people are always going to move here regardless, and if you move here you will have a high sense of well-being,” she said.

In contrast, the Robert Wood Johnson Foundation has found that loneliness shaves seven years off the average lifespan, she said.