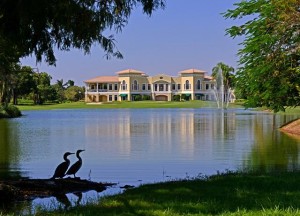 Sizzling market is about to get hotter

The housing market in Southwest Florida has been red-hot for the past three years. Now it’s about to get blistering.

That’s the conclusion of a new second quarter survey by Local Market Monitor that predicts the Naples-Marco Island area will have the highest cumulative gain in one-to four family home prices — 41 percent — over the next three years of any of the 20 Florida metropolitan statistical areas it tracks.

And it’s up considerably from the 29 percent three-year projection the 25-year-old Cary, N.C.-based real estate research firm made in the second quarter of 2014.

“That’s a big increase,” said Ingo Winzer, president and founder of the firm, which tracks 315 markets nationwide. “You’re looking at a real phenomenon.”

He forecast the giant gain after looking at recent data pointing to a growth in jobs, a shortage of both new and resale homes, and the relatively small number of foreclosed homes on the market.

“There’s been a surge in demand of people who aren’t just visiting but want to live full-time in Naples,” he said. “I think it will continue.”